Kayla Wilson has her life together. For the most part. She has work she loves, great friends, and a friends-with-benefits arrangement which suits her just fine — she’s not interested in anything more. Although Oscar is sexy, fun and sweet, he’s way too immature to be taken seriously. The amazing sex is all she needs.

And her mother is getting married. In Paris!

Everything is roses until Kayla realizes that her mother’s fiancé is her old high school nemesis’ father. Looks like the boy who made her teenage life hell is about to become her stepbrother.

Matt Moore is as beautiful, rich and cocky as ever. And so is his father, Mark. Can she trust either of them? Will Matt bring out all her insecurities again? Will Mark hurt her mother? Is her mother making the biggest mistake of her life?

With Oscar’s and her friend Corrie’s help, Kayla is determined to break up the wedding.

Will she succeed or fail gloriously? Who will she hurt along the way? And who will she come to truly know and love in the end?

The third novel in the One Week series, One Week in Paris explores the bonds of friendship and family, painful pasts, and the beautiful city of Paris.
Author’s note: One Week in Paris contains explicit scenes and some coarse language — for adult audiences. The book can be read as a standalone, but if you plan to read the whole series, it is best to do so in chronological order to avoid spoilers. 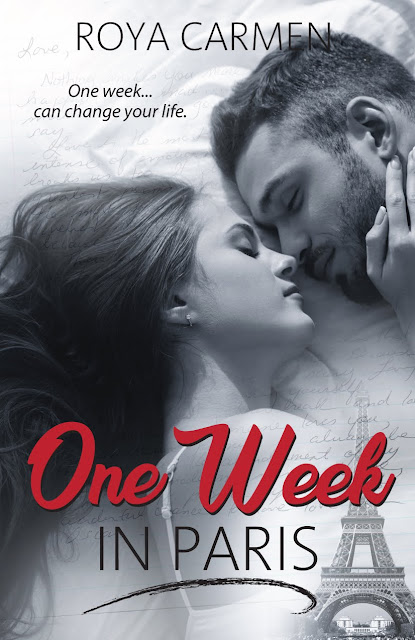 April's Blog of Awesomeness - “Add in the beautiful background of Paris and the feels, romance and angst and there's One Week in Paris.”

Cupcakes and bookshelves - “The feels kept me enthralled and intrigued as to what would happen next. I REALLY did LOVE IT.”

It takes just a second for my brain to process the sound, the sound of a man’s voice, relatively young, not too deep. A Vermont accent not much different than my own. Yet, there’s something chilling about it, something that makes me uncomfortable, on edge.


When I open my eyes, I recognize him in an instant. Before my brain can even process him, my body reacts to him in ways that completely surprise me. Who would have thought that after ten years, he could still affect me this way. I feel nauseated, the taste of bile rises in my throat. A few seconds ago, I was completely fine, but now I’m clammy and hot. My hands are shaking, and my voice is gone, just like it always was around him years ago.

He hasn’t changed one bit. He still has the same piercing blue eyes and dirty blond hair, always kept a little too long. He still has that laissez-faire air of a boy who knows he has the world at his feet.

I fell hopelessly in love with him the first day I met him, a warm day in September, in seventh grade. He was the new kid on the block, and I was the shy self-conscious overweight girl. We’d met at the corner store next to the school. I would often sneak over there to buy treats because my mom wouldn’t let me have any — there were no sweets at our house. Dessert once a week was the rule.

I had bought a chocolate bar and a bag of jujubes. When I’d accidentally dropped the bag, and quite a few had fallen out, I was devastated. Matt picked them up quickly, one by one. “Five second rule,” he said, and popped one in his mouth. He gave me the other ones. I couldn’t help but smile.

I fell in love that instant.

We sat together on the picnic bench next to the store. He popped his bag of Doritos open and offered me one. I politely declined.

“Thank you so much,” I said to him, “for saving my jujubes. I don’t get to have candy often.”

“Me either.” He helped himself to another Dorito. “My mother is a health freak. My dad is a workaholic.”

I studied him carefully from head to toe. We were from different worlds. He was obviously a rich kid. His shoes alone were probably worth more than my whole wardrobe.

“Why?” he asked, as if it were not completely obvious. One look at me was enough to answer that question.

I stared at the ground as I dug into my bag of jujubes and reached for another one. “She thinks I’m fat. She says I need to lose weight.”

He smiled. “Don’t listen to her. Parents don’t know what they’re talking about.”

Did he really not see it? Did he think I was just fine the way I was? My mother didn’t. And my dad certainly didn’t either. Unlike my mom, he wasn’t polite about it. He’d always call me his ‘little tubs’.

“Are you new here?” I asked, an attempt to make conversation, and to learn everything there was to know about him.

I smiled. “I don’t know much about that.” I thought about my sad little apartment, and knew I’d never invite him to my place.

He offered me his hand with a big smile. He had the biggest, brightest most charming grin I’d ever seen. “Matt Moore.”

Butterflies were dancing in my stomach. “Nice to meet you, Matt Moore.”

From that moment on, I was obsessed. I thought this was the beginning of a beautiful friendship, possibly more. I couldn’t even let my twelve-year old brain go there.

I had no clue that it was actually the start of my own personal nightmare. 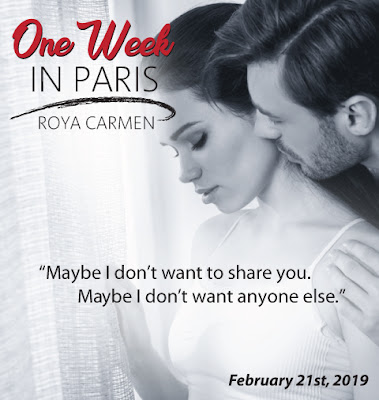 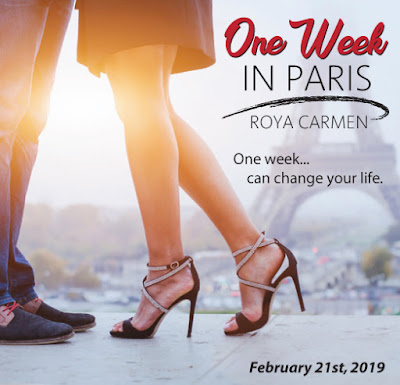 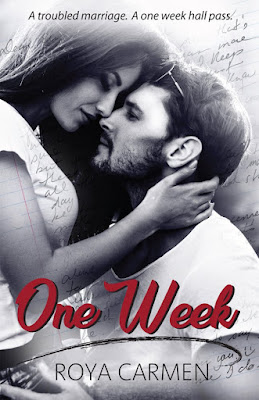 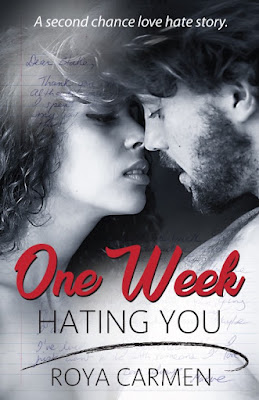 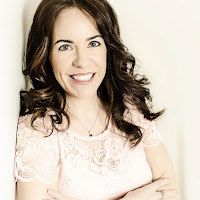 Roya Carmen is a busy mom, romance writer, designer, bookworm, chocoholic, and hopeless romantic. There’s nothing she enjoys more than making up stories about love, and sharing them with her readers. 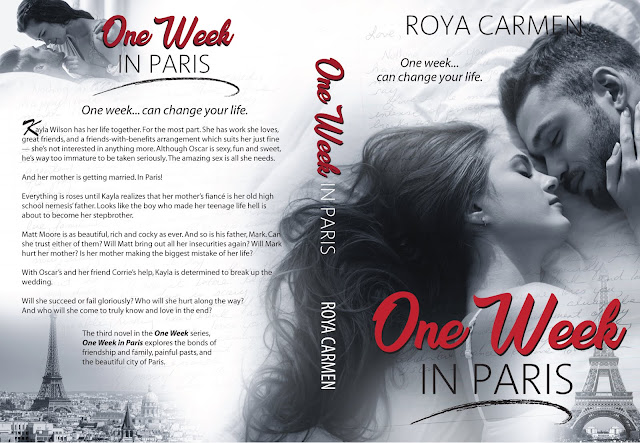 - February 28, 2019 No comments:
Email ThisBlogThis!Share to TwitterShare to FacebookShare to Pinterest

Mistakes? She’s made a few…

Dropped out of high school? Check. Ran away with loser boyfriend at age sixteen? Check. Fell for every line from every guy? Sadly, check. But now, Tess Paplion has started over. Juggling multiple part-time jobs while finishing her college degree, she’s not letting anything get in her way. Especially not a sexy angel investor with “one-night disaster” written all over him.

Mason Coleman just inherited a 200-pound invalid Mastiff—and an intriguing, unusual, and thoroughly infuriating dog nanny who turns his life upside down the moment she steps through his front door. No matter how she makes him feel Mason doesn’t do commitment—so what happens when he falls for her? And worse, what happens when she wants nothing to do with him?

To celebrate the release of HEARTBREAKER by Inara Scott, we’re giving away a $25 Amazon gift card to one lucky winner!

GIVEAWAY TERMS & CONDITIONS:  Open to internationally. One winner will receive a $25 Amazon gift card. This giveaway is administered by Pure Textuality PR on behalf of Entangled Publishing.  Giveaway ends 3/1/2019 @ 11:59pm EST. Limit one entry per reader. Duplicates will be deleted.  CLICK HERE TO ENTER!

INARA SCOTT wrote her first book when she was fifteen–a romance called “A Wild and Stormy Passion” that featured swordplay, a pirate heroine, and plenty of naughty bits (all of which came entirely from her imagination). Since then, she’s written romances of the category, contemporary, and fantasy varieties. Her books are sinfully sensual and deeply emotional. Inara reserve the right to enjoy country music, puppies, and love-at-first sight. When she’s not writing, she enjoys to spending time wandering around in the woods and has been known to occasionally dress up her little white dog in princess costumes.
Website  |  Facebook  |  Twitter  |  Goodreads  |  Amazon


This promotion is brought to you by Pure Textuality PR.

- February 26, 2019 No comments:
Email ThisBlogThis!Share to TwitterShare to FacebookShare to Pinterest 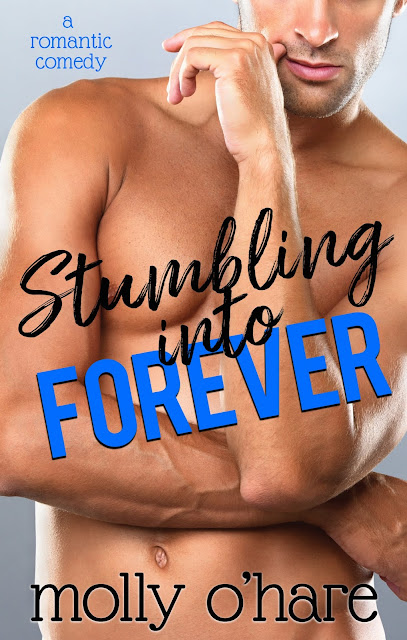 Continue Holly and Ben’s story in Stumbling Into Forever

Life would be boring without some chaos thrown in, right? Surprisingly enough, that was Holly and Lord Waffles' specialty.

What kind of trouble will they get into next? 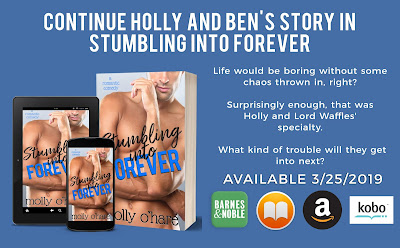 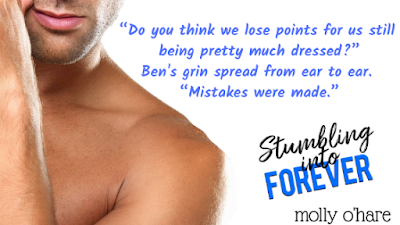 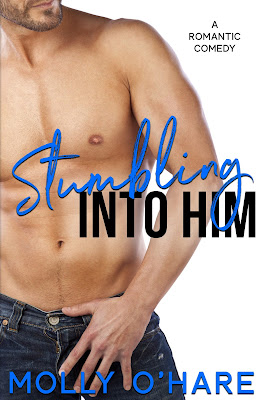 Much like any author out there, sleeping does not come easy to Molly. As it turns out, she has horrible insomnia . When she was younger, to help herself fall asleep she would recite stories. Each night she’d pick up where the story left off previously until the tale was complete. One morning, after she finished a particularly fun adventure, she decided she wanted to start sharing them with others. A few months later, here she is, sharing her lack of sleep with all of you. Who says the stories in our heads can’t be fun for others?

Also, she loves Fun Facts. New ones are at the end of each of her book. If you look close enough, some are hidden on her website too.